Summoner is a caster DPS that juggles pet abilities, damage-over-time effects, an Aetherflow gauge, and more. The rotation features a powerful burst window, able to summon the mighty Demi-Bahamut and Demi-Phoenix, and also deals a large amount of area-of-effect damage. With powerful and consistent bursts, Summoner is able to contribute a lot of damage into party buffs. It also brings an impressive suite of utility to a raid progression setting, with its own party damage buff, a powerful on-demand shield on a short cooldown, and its very own resurrection ability.

Frequently Asked Questions
Q: Is SMN good/fun/interesting/etc.?
Q: Okay, but how good is it compared to other DPS?
See all frequently asked questions »

View the latest changes for 6.1 at the Official Site, located here! 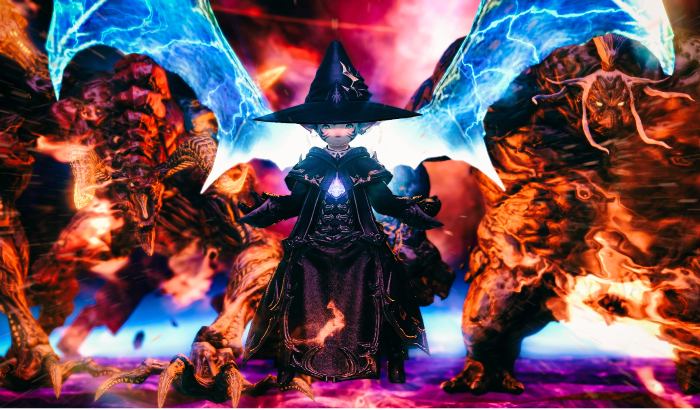