Welcome to the basic Dancer guide. Within this document, you’ll find all the information you’ll need to learn to play the job. Other links will be included below for further references and resources. Any further questions can also be directed to the Dancer channels in the Balance’s Discord.

For a video version of this guide click here!

What is a Dancer?

Dancer, alongside Bard and Machinist, is one of the three physical ranged DPS. Dancers focus on providing sizable damage buffs to the party through a big two-minute raid buff and a handful of single target buffs to be given to a single party member of their choosing. Like other physical ranged DPS jobs, Dancer’s skills are instantly cast, and thus allow for nearly unrestricted movement.

Dancers also bring a good amount of defensive utility, making it great for raids as Curing Waltz, Improvisation and Shield Samba allow for a decent amount of free healing and damage mitigation.

Dancer’s Job Gauges are central to their gameplay. 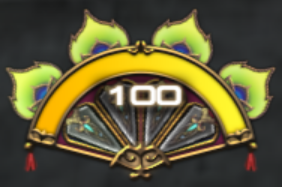 On the top, you see up to four green Feathers appear. These represent your available stored uses of Fan Dance (also known as Fourfold Feathers); these charges have a chance of being generated when using certain abilities. Each displayed Feather allows a single use of either Fan Dance, or its AoE counterpart, Fan Dance II.

The yellow bar, with the corresponding number, is your Esprit gauge. This resource is unlocked at level 76. Esprit is generated as you or your dance partner use GCD weapon skills or spells. After using Technical Finish, your entire party also will contribute to generating Esprit until the raid buff expires. This resource is consumed by using Saber Dance, a very hard hitting GCD. Use it proactively to avoid wasting Esprit.

These step abilities will replace your main single target and AoE abilities and turn into the dance step of their corresponding color.

To perform these dances correctly, you simply look at the gauge and perform the steps from left to right. If you make a mistake, your progress within the dance will not change. It’s important to do all the steps before completing the dance, since both the Finish’s potency and the magnitude of the buff granted depend on how many steps were performed. Here is an example of these dances being done:

(A dance will never have the same step twice.)

Standard Step should be generally used whenever it becomes available – even when the buff is not yet close to expiring – as it is still a very hard-hitting skill. The timer above the step gauge notes the time left on your Standard Step buff. Try to avoid having this buff expire where possible.

Dancer’s main gimmick is the Dance Partner mechanic. Using Closed Position on a party member sets them as your Dance Partner, allowing several of your skills (Standard Finish and Devilment) to buff said party member and to provide significant boosts to their damage output.

You therefore want to put your Dance Partner on someone that does a lot of damage and is able to utilize said buffs to their fullest extent.

Differences in gear and other factors can have an effect on who the optimal dance partner is in any given situation. Weigh the pros and cons of each of your party members and decide a dance partner based on your own discretion.

In a vacuum where gear and skill level is equal the priority would be such:

Dance partner does stack, so if you’re ever in a situation where you have two Dancers in a dungeon, you can partner each other.

(Esprit generation is only a minor consideration as this is largely standardized between different jobs.)

There is also a Dance Partner calculator which you can use to determine exactly who the best value Dance Partner is. It can be found here.

Before reading this part of the guide, it might be wise to read up on all of Dancer’s abilities here.

The backbone of Dancer’s rotation is a set of four GCD combo actions that are simple, yet flexible.

Graph of our procs:

Procs, such as Reverse Cascade and Fountainfall, have a 50% chance of generating fan charges. You can store up to four of these before overcapping. Try to hold on to at least three for your two minute burst windows. Simply use any fourth generated feathers you gain to prevent overcapping.

We use Saber Dance similar to Fan Dance I. This weaponskill can only be used if you have above 50 Esprit built up. We want to enter our burst windows with as much Esprit as possible since Saber Dance is a very hard hitting skill. The way we do this is to only use saber dance when we risk overcapping at 80 Gauge or higher. If your Esprit is not 80 or above, simply hold on to the gauge.

Next we have the main dance, Standard Step. We use this ability mostly on cooldown; however, there are two exceptions. The first is during our opener and burst windows. It is more important to prevent Esprit from overcapping by using Saber Dance than it is to keep Standard Step on cooldown. If you are generating a lot of Esprit, simply spend it on Saber Dance and delay your Standard Step as needed.

At very high levels of optimization, there can be exceptions. These exceptions are the reason why a gearset with a small degree of skill speed is recommended for the most recent raid tier. This discussion is beyond the scope of this document.

Lastly, your two-minute cooldowns are Devilment and Technical Step. Devilment grants you and your dance partner 20% Crit and Direct Hit rating, while Technical Finish gives your entire party a 5% flat damage buff and the ability to generate Esprit for you. All of these buffs last 20 seconds, and as they have the same cooldown, it’s best to keep them aligned with each other. During its duration, Devilment also grants access to Starfall Dance, a hard hitting GCD, and Technical Finish transforms into Tillana, which refreshes the Standard Finish buff.

Since these abilities are on a two minute cooldown, there’s a specific sequence of how to use them. Outside of that, you do not have to worry about these abilities.

Since Dancer heavily revolves around RNG procs, your opener and two-minute burst will never be the same. This is why you should learn the priority of our procs and how to deal with them in the correct order.

For the opener, we use Standard Step 15.5 seconds before the pull. Do both of the random steps, but hold off from finishing the dance.

We recommend using Peloton before the pull, as it will help your melees and tanks get into range quickly.

Use the appropriate Dexterity potion at 1.5 seconds left.

Instantly afterward, use Standard Finish before going into the Technical Step.

Use all four steps and do Technical Finish, weaving in Devilment. Use Starfall Dance, weaving in Flourish and Fan Dance III.

Next, use Tillana, weaving in Fan Dance IV.

Now this is where RNG starts to factor in. From here on out, focus on spending all your Fan Dance I’s and their corresponding Fan Dance III’s whilst preventing Esprit from overcapping by using Saber Dance as much as possible. Once you’re out of Esprit, use up your Fountainfall and Reverse Cascade procs. If you run out of all of the above with at least five seconds left in Technical Finish, use Standard Step.

It’s encouraged to use Saber Dance over Standard Step if you risk overcapping.

For the two-minute burst window, we do the exact same except for the pre-pull part. We use Technical step on cooldown and go into our burst in the exact same manner afterward.

It is worth noting that the opener and two-minute burst are the most difficult parts of the rotation. It is recommended to practice the opener several times before stepping further into the rotation. You can do so at the Stone, Sea, Sky dummies or any training dummies in housing districts. Dancer’s opener is a lot less wild if you do it without an active Dance Partner. Therefore, when practicing the opener, it’s wise to ask a friend to do so with you. For further practice in an eight player setting, consider trying content such as normal raids.

Our stat priority is as follows:

Most of the time, higher item level pieces are better than lower item level pieces, regardless of the substats they hold. However, Dancer is one of those jobs where a very specific GCD is key to your rotation. This is why there are exceptions for accessories with Skill Speed, use the gear calculator to double check whether it’s an upgrade or not.

As previously mentioned, Dancer brings a lot of utility to the raid. By properly using these, you can lessen the strain on your healers by a sizable amount and allow them to spend more time on DPSing. This makes your kills faster and in turn also gives you more DPS as they will be pumping more damage into your raid buffs.

The noteworthy abilities are as follows:

If you have high ping, you might have issues with double weaving or weaving after Standard Finish, Technical Finish, or Tillana. This can cause significant issues with clipping. However, there are ways to deal with this. For PC users, you can use third party addons such as NoClippy to decrease animation lock – as with all third party programs, use this at your own risk. For both PC users and console users, you can also use a VPN to get a better route to the servers, possibly reducing ping.

XIVanalysis is a useful tool to help you analyze your rotation. Simply put in your FFLogs report to see what you can improve upon. I recommend using this frequently whilst learning the job.

Things to look out for include maintaining good GCD uptime (as close to 100% as possible), avoiding weaving mistakes, avoiding broken combos, and making sure keystone skills such as Technical Finish, Devilment, and Flourish are used as often as possible